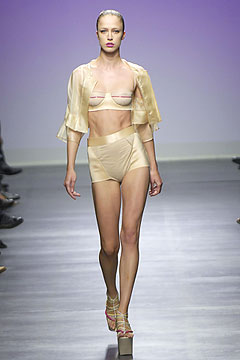 A brilliant Italian designer, Alessandro Dell’Acqua creates clothes for women who love to be feminine. Famous for his pretty, shimmery dresses and using materials such as chiffon, lace, and tulle, he once said that he wants every woman to be noticed.

Born in Naples in 1962, Dell’Acqua studied at the Art Institute of Naples and graduated in 1982, specializing in graphic design. His career began the same year when he first worked for the Marzotti Group. He has also worked in a knitwear mill – his fellow employees at the mill now work for him. One of his colleagues when he worked with Genny was the famous designer, Versace. Dell’Acqua also became the leading designer for the famous knitwear company, Pietro Pianforini.

His debut collection at the Milan Moda Donna in 1996 received rave reviews. Since then, his career has gone on to stellar heights. He has won the Oscar Della Moda twice in Italy. Dell’Acqua’s inspirations include the great Italian actresses Anna Magnani, Sofia Loren and Monica Vitti. 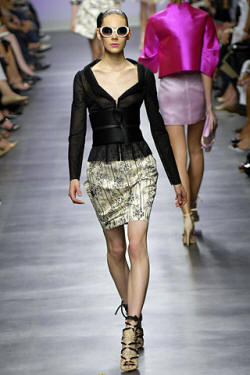 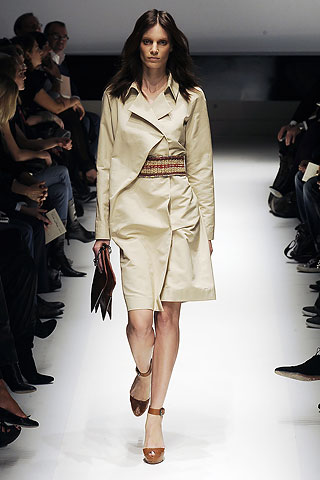 The elegance and femininity of these stars led him to create pretty and attractive clothes in an age when t-shirts and jeans seem to be all the rage. He remarked that: “These are the women I imagine, when I design my collections…they are free, they are powerful and they are not ashamed of their desires, they want to be beautiful.”

He has also stated that: “I love knitwear, I love nude, and I love black,” Many of his clothes combine lacy knitwear with other materials and most include skin color, ‘carne’ and black. Dell’Acqua’s collections feature strapless dresses, bustiers, silk dresses and belted coats, and though his collections may not follow unique themes, most of his one-off pieces are stunning in their beauty and creative imagination. He is also a big fan of transparency, often letting a woman’s skin show through his clothes, and this is reflected in all his collections. It is no surprise, therefore, that his favorite fabrics to work with are chiffon and tulle. 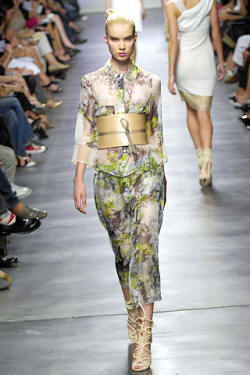 The handsome designer is a true Renaissance man. Recently he has started designing lingerie, menswear, shoes, and eyewear. He has designed lingerie for the famous Italian company, La Perla, and likes to include touches of lingerie in his women’s clothes. He has also created shoes for the Swiss company, Bally. Dell’acqua menswear emphasizes the concept of freedom, he wants the man he designs for to be comfortable with both tradition and modernity, have a personal sense of style, be willing to experiment, and even to indulge in a bit of trademark Dell’Acqua eccentricity. 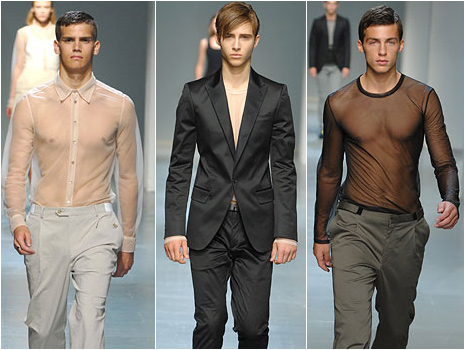 Dell’Acqua’s sexy and elegant shoe wear collection was launched in 2000 and he also has an agreement to design for the shoemaker, Ballin. His perfumes include fragrances for women and men.

Alessandro Dell’Acqua’s designs are sold in exclusive stores all over the world and have won excellent reviews from high-end fashion magazines such as Vogue and Style. His quirky yet sexy designs are unique in a fashion world that is too often trend-conscious and uniform.