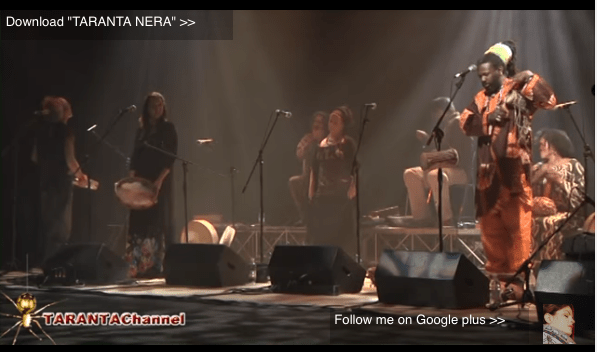 The music of Salento is the result of centuries of varied foreign domination, but more importantly, of exchanges with other Mediterranean cultures.

Officina Zoe was born in the spring of 1993 out of a group of musicians from Salento with a common need to rediscover the traditional popular music of their own land. Zoe’s performances are the result of long and in-depth research on the music of Salento. Popular music by definition incorporates incursions and contamination.

And it is this cultural mix of complex and exquisitely Mediterranean nature that characterises the songs and the Pizzica of Zoe’, heritage of the people of Salento. They are a population of immigrants and tarantism, often oppressed, but nonetheless full of great joy, passionate sensuality, and endless sweetness. These qualities are found in the music, a tension that is dense and modern while simultaneously archaic inits sober melancholy. It is music inhabited by Apollo and Dionysus,by the mountain winds of the Tramontana and the African winds of the Scirocco, by frosty and sweltering weather, the Grecian love song and the frantic dancing of those affected with tarantism.

For this reason, beyond any interpretation, it is enough to listen to the music, to abandon oneself to its movement, to come up against this force, this uncommon musical energy. The rhythm of the Pizzica is of central and fundamental importance to the history of Zoe’. “Beating” the pizzica tambourine (“to beat” on the pizzica, or “sting”) represents a decisive, profound, and sometimes painful experience for the group. In the joyful but tragic obsession of that movement, in the blood produced by the furious and unending repetition of percussion with the hand, is the difficult and surprising path of cultural possession, which is also the rediscovery of a submerged, forgotten identity.