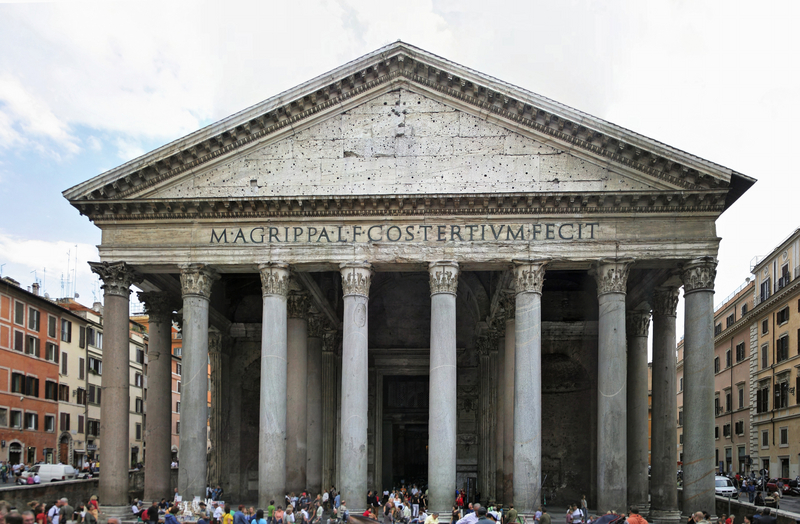 The great, ancient civilization of Rome is without a doubt one of the mightiest and most influential of all the cultures that came before and after. There were few things the Romans did not master. Today we look back and marvel at how, in fields ranging from engineering to warfare, the mighty Romans were before their time.

Roma sprang up as a small, agricultural civilization in the 10th century BC, supposedly founded by the mythological twins Remus and Romulus. By the time the empire fell the reach of the Romans had far surpassed Rome itself, dominating the Mediterranean region, the Balkans, as well as South and Western Europe. Where once the Roman Empire was strong it eventually broke down due to internal conflicts and attacks by outsiders. As a result, around the 5th century AD the Western empire was eventually broken up into independent kingdoms, including Africa, Britannia, Gaul, and Hispania.

The Eastern side of the empire was managed from Constantinople and it included several parts of Egypt, Syria, Asia, the Balkans and Greece. These areas remained unharmed through the initial crisis. Even though it later lost Egypt and Syria, the Eastern Empire still existed for another hundred years after the West’s fall, until its last territories were taken over by the Ottoman Empire. This part of Rome’s history is often referred to as the Byzantine Empire.

In its prime Rome was the largest city center in the world, with a population of one million, though several scholars estimate that the population was perhaps as high as 14 million. The increased number of people meant that the government eventually banned the use of chariots during the day to reduce congestion.

According to scholars, around 20% of Rome’s inhabitants lived in the urban area and many also lived in the military settlements. Industrial standards in Rome were high and almost all of these settlements featured temples, forums and other stately buildings.

Rome was initially ruled by Kings along with three other administrative bodies until the people revolted and Rome became a Republic. The Republic lasted until the death of Julius Caesar, who was named dictator for life but was not Emperor like his successor Augustus.

In ancient Rome, the life of the inhabitants was centered around the seven hills the city was settled on. Rome was known to have a large number of monuments and structures, some of which are still present in the city today. Anyone who visits Rome should make time to see the famous Pantheon, the Forum of Trajan, and the Colosseum.

The city also had various aqueducts that supplied drinking water for the wonderful fountains. There were even several baths, gymnasiums, theaters, libraries, old markets and several different shops in the city. The architecture for the residential areas was quite varied and Rome boasted many beautiful and elaborate villas as well as basic modest houses. The imperial palaces and residences were located on the Palatine Hill, while the lower classes of society lived in the city center, characterized by residence buildings and insulae.

The painting style of ancient Rome was heavily influenced by the Greeks. Many Roman frescoes survive today. These frescoes were once used in villas and palaces to adorn the ceilings and the walls. The literature that dates back to Roman times mentions several different paintings, which were made on ivory and wood.

Several types of Roman paintings were uncovered in the volcano-destroyed city of Pompeii. The earliest paintings mainly included masonry and marble imitations and included elements of mythology. In later eras beautiful landscapes and architecture were depicted, and later still abstract art, simple scenes, and designs on monochrome backgrounds were highly preferred.

Some of the oldest Roman literary works are epics about Roman military history. In later years Roman authors began to experiment with various different genres including tragedies, history, comedy and even poetry.

Ancient Roman sculptures started out using classical proportions, which soon was replaced by a mixture of idealism and realism. During the period of Severan and Antonine the sculptures showcased ornately designed beards and hair styles. Advanced drilling and cutting tools were used to obtain the desired effects. Relief sculptures which depicted the victories of the Roman Emperors were also quite common.

Music in ancient Rome, like much of the culture, was influenced by the Greeks. An important part of Roman life, music came from diverse instruments like the cornu and tuba, used for military commands, and the lituus and trumpets for use during ceremonies. The Roman amphitheaters, which often featured fights and wrestling, were also venues for musical performances. Almost all of Rome’s religious ceremonies and rituals included music performances of some kind. Cymbals, pipes, rattles and tambourines were also widely used.

Ancient Romans, through their brilliance, common sense and skill on the battle field, were able to build an Empire that stretched across the known world. Still today we stand on the shoulders of the giants of Rome.

@Renae you are right and you probably know this, but Emperor Claudius wrote a very good book on the subject of Rome’s Etruscan history which is sadly lost to us. It would be so amazing to read his perspective on the mysterious origins…

You meant the Eastern Roman Empire lasted for another thousand years after the fall of Rome: 476 to 1453.

But the Romans were victorious and history is written by the winners.

The foundation of the Roman cities and Empire, engineering, roads, requests, baths, pipes for water systems, heating for baths, sewers, toilets, fountains, running water, their dress,toga, musical instruments, religious observance, Vestal Virgins, Augers, priests,soothsayers who read signs: all came from the Etruscan and their civilization, who ruled and set the grid system for Rome, paved the initial roads, dug the great Cloaca sewer system to drain the swamps, where the Forum is located. They were the foundation of an civilization and empire, not the ignorant tribe, who happened to have a strategic location.

You are right! Thank you for pointing that out.

Was it not 79AD.
Vesuvius eruption.

0
Life in Italy > History > The Ancient Civilization of Rome