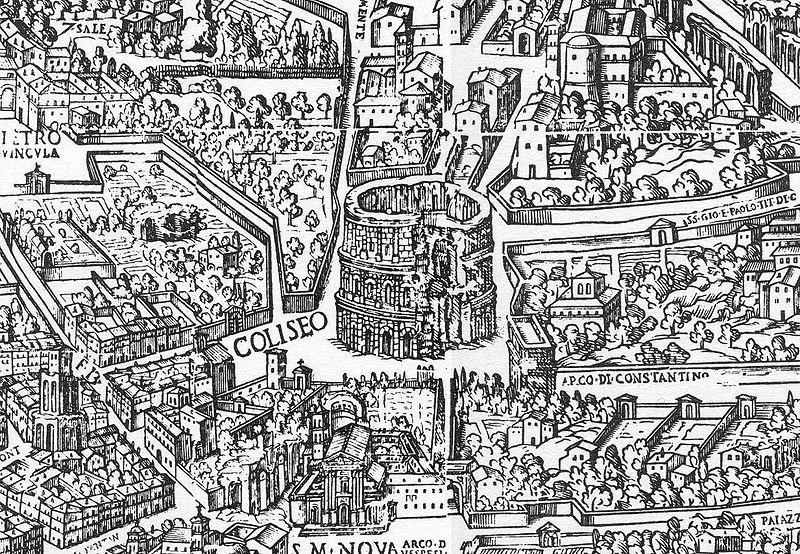 Though the history of Rome is quite complex and sometimes bewildering, the Medieval period was a time of transition for the great city. Two major institutions called the papacy and the commune of Rome are the key players in its history and much can they say about the way the city is today.

Wars for Power and Control Continue

During the 5th century, Rome was ruled under Roman law by Odoacer and Theodoric the Great, with Roman officials still in power. The population of the city was less than 50,000 during this period, known as Late Antiquity. There were continuous wars between Byzantines and Goths. Rome was conquered by the Byzantines under the guidance of Narses, in 552. Narses was the first exarch (or viceroy) to rule Italy from Ravenna. During this time, commerce decreased significantly, and the consuls and senate ceased to exist.

The Papal State is Formed

A great Roman leader named Pope Gregory I, emancipated Rome from the exarchs. With tremendous support by the people, soon the pope’s rule became mightier than the imperial governors’. Many secular buildings became churches, and for 12 centuries, the papal elections would be the “main” event in Rome.
The Papal State was formed during the 7th and 8th centuries, and the people were divided into four groups or classes called clergy, nobility, soldiers, and the lower class.

Germany Attempts to Control the Papacy

In 800, Charlemagne was crowned emperor of the West. This clearly ended Byzantine powers over Rome, however, a new rivalry arose between emperors and popes. German kings began making visits to the city and tried to control the pope’s influence in Rome.
During the 10th century, Rome went through one conflict after another, and the papacy was continuously attacked by others who wanted to rule their way.

The Commune is Formed

During the 12th century, the papacy is confronted with yet another authority, a commune formed by Arnold of Brescia in 1144, which lasted through 1155 and threatened to maintain municipal powers over the papacy. The commune was subdued by Emperor Frederick I. A republic was formed under papal patronage, and a senator was elected. However, strife continued.
During the 13th century, Rome began electing foreign senators. In 1309 through 1378, Rome became a desperate place due to the Babylonian captivity of the popes at Avignon. A man by the name of Cola di Rienzo became a hero of the people as a result of his efforts to re-establish Rome institutions, and was made tribune in 1347.

The Great Schism during of 1378, which lasted until 1417, interrupted efforts made by Cardinal Albornoz to restore papal authority in Rome, and a republic was formed once again.
The real dominion of the popes of Rome began in 1420 with the rule of Martin V, and in 1453, the republic had finally lost all influence. Thus, began the Reformation of Rome, which led into the Renaissance period that plays such a vital role in the city’s history.