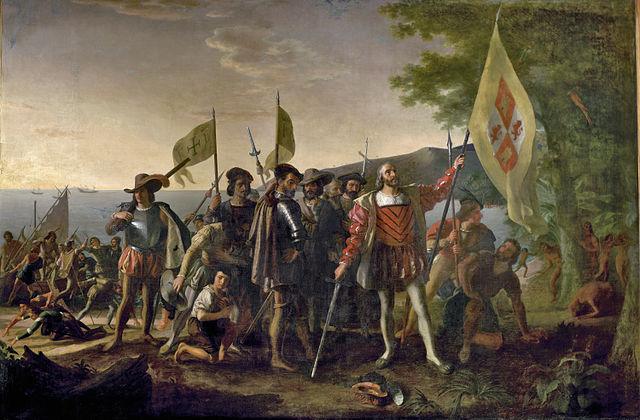 In spite of it, Colombo remains a very mysterious figure. In this article, lifeintaly tries to shed some light on the origin, talents and life of Cristoforo Colombo. The portrait that’ll come out may surprise you.

1. Where was Colombo born?

If there’s a real, true mystery about Cristoforo Colombo, that’s the one around his birthplace. A while back, the Italian edition of the Wall Street Journal published a very comprehensive article on the various hypothesis on his origin. Let’s try to sum it up a bit.

The most widely accepted hypothesis is that Cristoforo Colombo was born in Genoa. Plenty of historical and literary sources support it, including the explorer’s own last will, where he entrusts his only son to the city in name of the Colombo family’s ties with it. Some did consider the document a fake, but it’s far from being the only one tying Colombo to the Ligurian capital. Torquato Tasso called him genoese in the Gerusalemme Liberata, just about 70 years after his death. Even earlier, Francesco Guicciardini did the same in his Storia d’Italia. Foreign historians of huge relevance, such as João de Barros, Damiano de Gois and Gardia Resense, all roughly contemporaries of Cristoforo Colombo, underlined his Genoese origins. Even the great Ottoman explorer Piri Rei refers to Colombo as a Genoese. More recent archival studies have unearthed an immense number of documents attesting the roots of the Colombo family are to be found, indeed, in Genoa.

Other theories set the birthplace of the explorer in other parts of Italy. The Piedmontese area of Monferrato, not far from Genoa itself, Sardinia, the area of Piacenza in Emilia-Romagna. All of them had strict relations with Genoa either because they depended from it, or because of their commercial ties with the city.

More curious is the idea that Colombo may not even been Italian. The hypothesis he may have been, in fact, Spanish, circulated already in the 20th century. In specific, it was believed he and his family hailed from Cataluña. The theory developped thanks to the the work of Peruvian historian Luis Ulloa. At the beginning of this century, the 21st, Estelle Irizarry,a professor at Georgetown University maintained to have found proof, within Colombo’s own writings, that the explorer wasn’t a mother tongue Italian speaker, but a Catalan, because of the way he expressed himself in Spanish.

Some primary sources support the theory Colombo may have been, in fact, portuguese and, last but not least, historian Manuel da Silva Rosa says to have found the truth in the similarities between Colombo’s own coat of arms and that of the King of Poland, of whom he may have been a son, born in Portugal. Silva Rosa’s theory is shaky, as Ladislaw III (Colombo’s purported father) died, according to official historiography, in 1444, at least six years before the explorer’s birth.

2.Was he the first European to set foot on American soil?

When Colombo set foot on American soil (it was the modern island of San Salvador, in the Bahamas), the continent was already home to millions of people: obviously, he wasn’t the first man be in America.

Was he the first European, though?

Well, historians very much agree on the fact this record doesn’t belong to good, old Cristoforo, neither. Very likely, the first “European” to arrive to America was Iceland’s own Leif Ericson, who reached the island of Terranova probably around the year 1000 AD.

Interestingly, Cristoforo Colombo never travelled to the northern regions of the American continent, always focusing his attention to the south; it was, in fact, another Italian, Giovanni Caboto (or John Cabot, as you may know him) to dock onto northern american soil in 1497 under British patronange. Colombo was chosen as a symbol of the European coming to northern America by early British colons, when their relationship with the motherland soured up, in an attempt to diminish their ties to Britain.

They were eventually to obtain just that when, in 1776, the United States of America became independent from British power.

3. Did Colombo die alone and in poverty?

When Colombo died, in 1506 aged 54, he wasn’t a rich man. He had renounced to great part of what the Spanish Crown had donated him for his service, after having been arrested with the accusation of violence against Native Americans. His heirs, however, didn’t let go too easily of all that money and brought the Spanish Royal family, the Castilla y Leon, to court. The dispute lasted for more than 20 years, and was eventually settled when the King accepted to pay a hefty life annuity to the Colombos.

4. Did Colombo and his crew bring syphilis back to Europe?

Up to very recently, syphilis was one of the most threatening contagious diseases in Europe. A huge epidemic hit Naples in 1494, after the French army invaded the city and only a handful of months after Colombo and his crew returned to Europe. The people of Italy had never witnessed a syphilis epidemic of that magnitude and barely knew the disease, which was very likely already present on the old continent, but had never been medically classified. Thus the epidemic was associated to the Colombo and his crew, who were accused to have laid with Native American women and carried the deadly infection across the ocean.

In truth, syphilis had been already described by the Greeks in their medical treaties and was, if not widely known, relatively common in Europe even before Colombo sailed towards the Americas. It was, very likely, the overall lack of knwoledge about the disease that convinced some to blame Colombo’s crew for its diffusion on the continent, a blame those sailors didn’t certainly deserve.