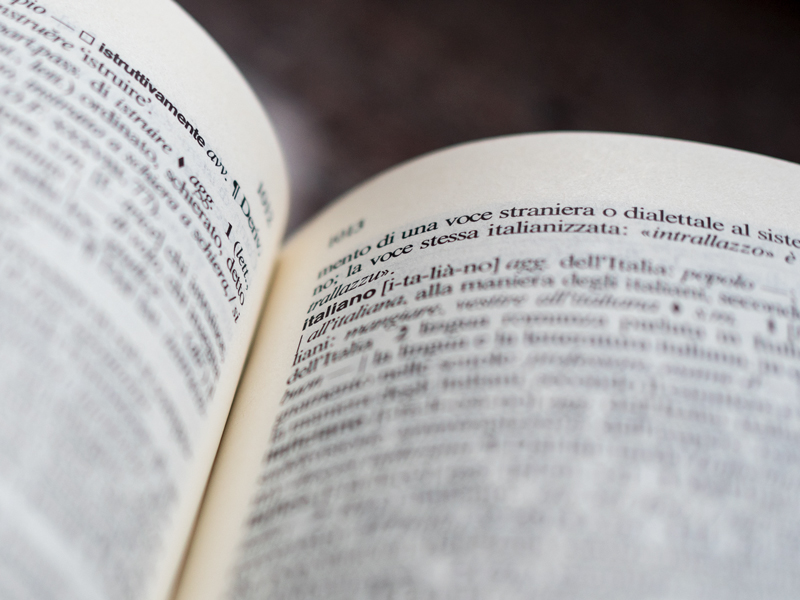 With the comparative degree we intend to describe a noun, a pronoun, or a verb by comparing it to another one.

We use the comparative form introduced by “più” (more) when the quality expressed by the adjective is more relevant in the first term of comparison than in the second one.

When the quality express by the adjective in the second term of comparison is less relevant than in the first one, the comparative form is introduced by “meno”.

We use “di” before nouns, pronouns and we use “che” before adjectives, verbs.

Marco è più giovane di me (Marco is younger the me)

When the quality is as relevant in the first term as in the second one, we use either the form “tanto…quanto…” or “così…come…” (as…as…). The words “tanto” and “così”, in the common language are frequently omitted.

1. The “superlativo relativo” (comparative superlative) is used when we mean that someone or something has a certain quality to the highest (or the lowest) level in relation to a group of people or things.

The “superlativo relativo” is formed by putting “il più” (the most) or “il meno” (the least) before the adjective. The term of comparison, that in this case will be the group of people or things, is preceded by “di / tra / fra” or may be omitted.

2. The “superlativo assoluto” (absolute superlative) is used to indicate that someone or something has a certain quality to a higher (or lower)  level than anything it can be compared to.

It is possible to form the “superlativo assoluto” in several ways:

a) By adding “-issimo” to the adjective after removing the final vowel. The new adjective

agrees in gender and number with the noun in the usual way.

drop both the final vowels;

(extremely) , before the adjective;

d) By repeating the adjective;

e) By supporting the adjective with another one similar in meaning;

There are also a few adjectives that form the “superlativo assoluto” by adding the suffix “-errimo” instead of “-issimo”:

ADJECTIVES WITH TWO FORMS OF COMPARATIVE AND SUPERLATIVE