Me, myself: partially cast in an Italian mould? 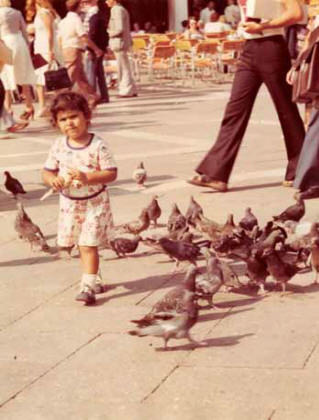 Me as a young child, in Italy

When people hear of Italy, their thoughts drift to romance, gondolas and Venice. When I hear the word Italy, my mind evokes a familiarity with the day-to-day life of Italians, memories of personal experiences that are, very simply, a part of me.

They say that experiences gathered in the formative years of one’s childhood remain deeply entrenched in one’s personality throughout life. For me, some of my early experiences of living in Italy have so merged into my character that even now, after twenty-five years of having left the country, I feel as strongly about those issues as when I moved on.

I lived in the Italian city Ravenna from age one to six, during the years 1975 to 1980. Influential years indeed! My first language was Italian, my first introduction to solid food was primarily Italian – you guessed it: pasta in all shapes, sizes and colours. More profoundly, my foremost exposure to a style of thinking and living was the Italian way of life.

Quite interesting because I am born Indian, a culture largely known to be conservative, even if my immediate family is open-minded and amenable to accept and consider newness. My impression of Italians was of an open, encouraging society. My young age had nothing to do with “being able to” or “being unable to” recognize and absorb practical instances of their open attitude. In fact, I believe that, as a little one, playing with and spending all my time in the company of children and adults helped me to pick up the Italian language and its nuances much faster than my parents, whose initial vocabulary was deemed by necessity, at work and while shopping. No wonder then that my father once came across the word colpa and not knowing what it meant, asked me. My practical, descriptive yet somewhat philosophical response was: “when a child falls down, by itself, then it is colpa of nobody.” Let is suffice to say that the explanation hit home immediately.

My early life in Ravenna

Ravenna is a city of many parts: residential, port and beach or tourist resort. As my father is a marine engineer naturally, then, our lives traversed all three facets of the city. At work and in play, over five years, I indulged in all that the city and the landscape of north Italy had to offer.

Of my early influences, I would list awareness of moral-living and sexuality, and a ubiquitous joie de vivre as noteworthy impacts that I have carried with me since. With regard to these, if I had to recall manifestations of openness, my mind remembers frank responses to children, free thinking-speaking-living adults, who do not create water-tight compartments for children to grow in, and candid confessions in Church.

The children I interacted with were all older than me by two to four years. Yet, judging by the fact that I was merely four when they very proudly revealed their sexual awareness to me, I would say that basic knowledge came very early. When this is coupled with mothers and other female adults desiring to sunbathe topless on the beach, and doing so without much ado, I’d say that makes for a rather complete exposure to impressionable young minds.

The Indian culture still revolves around repression of facts, perhaps in fear of early experimentation. However, my young Italian friends knew a lot, yet perhaps because there was no brouhaha related to their “knowing” or “seeing,” they accepted both for what it was worth to their lives – merely awareness. Another reason was apparent: when sexual awareness is coupled by an equally strong awareness of and reverence for the Church (and hence, morality) the chances of moral corruption are slim.

I appreciate the laudable effort to raise young adults, who are not so much fed factual learning, but pick it up by watching and hearing adults they live around, and who are encouraged to build a sound personal connection with the Church. 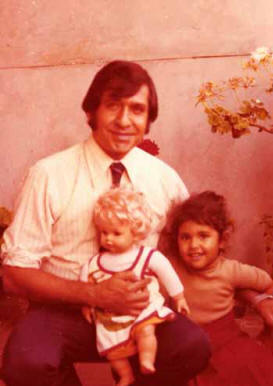 This is not to say that Indians are not eager to instill God consciousness in their progeny. The difference that I have noted is in the involvement with what I’ll call the place of worship, which in turn has its bearing in the effectiveness of imbibing personal and social responsibility in one’s character.

I have already made a cursory mention of confession, but I believe a sense of accountability for one’s actions comes easily, when regular feedback is warranted. Social accountability, too, follows from regular collective involvement with community activities organized by the Church. As a whole, I find such participation largely absent in India.

I was too young to understand economics or politics, but I am told that judging by the prevalent circumstances when we lived in Italy, as far as corruption is concerned, Italian politicians were not far from their Indian counterparts. But I am told that the early 90s saw a sea-change in this respect, with transparency and accountability being stressed on. Perhaps this happened because, on a personal level and amongst the general people, conscientiousness is more widespread. 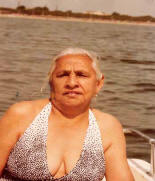 my grandmother, during her visit to Italy

I experienced a brilliant example of the infectious openness of the Italians when my paternal grandparents visited us in 1978. Naturally, all efforts were made to show them the sights and sounds of Italy,  the best of what we knew of the country. The beach near our home was a favoured outing, so our visits to the seafront were frequent. At the time, my maternal grandmother was 62. Imagine a robust, well-built Indian woman of medium height, married since her early teens and who had given birth to ten children, seven of whom survived to grow into adulthood, her equally stalwart husband accompanying her, both set in their ways and very typically Indian.

Yet as they say, when in Rome, do as the Romans do! You can’t help it, it grows on you.  Grandmother was advised by my mother that no one visited the beach without a swimsuit and she gamely accepted the challenge. She donned both swimsuit and trouser suit during her visit, something that folks back home would have called scandalous! No wonder then that these photographs were marked ‘classified’ and one had to be privileged to see them!

I find myself so different from those around me in my ability to think, and express thoughts related to morality and sexuality and for this, identify these early exposures as a significant contributing factor.

What’s that you say? Partially cast in an Italian mould – indeed!