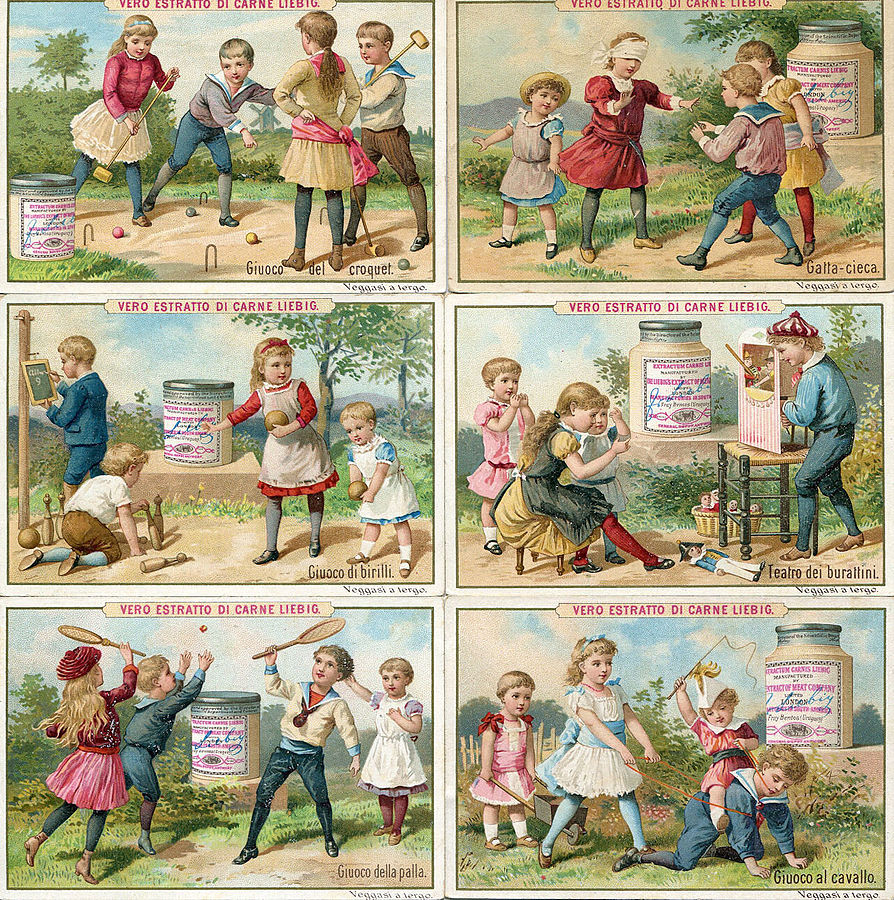 If you are in London on the 13th of February and happen to have a penchant for vintage motorcycles, then you could try your luck at the Coys Motorcycle Show sale. Primadonna of the event will undoubtedly be Italy’s own Guzzi V8, a piece of motorcycle history and symbol of the ’50s in Italy.

Being passionate about antiques and all that is vintage, always the curious type when it comes to all that is related to history and heritage, I started wondering what other objects from Italy’s past may have developed a cult following around the world. Of course, I am not talking about museum pieces, but rather about those little things one can find in the family attic or barn (… yes, I do love “American Pickers”… You would have never guessed, wouldn’t you…). What the next things all have in common is that they had once no financial value, but have turned today in true treasures. Flea markets, yard sales and, of course, the ubiquitous E-Bay are where the action is at, in case you decide to start a new collection of Italian pickers’ treasures!

Collecting old currency is common everywhere, but there is something about Italy’s beloved lira that makes it a tad more precious: it no longer exists. Italians fondly reminisce over those colourful, beautiful notes, each with the portrait of a famous Italian figure. Throughout the decades, Dante, Giuseppe Verdi, Marco Polo, Raffaello and many, many more passed through our hands and spent time in our pockets.

Most of us still has some old liras hanging around the house, but not all old coins have the same value, of course, as some are much rarer than others and highly collectible. 1955’s 100 lire coins, in mint conditions, are worth up to 1200 euro (1350 USD). The same can be said of 1958’s 50 lire coins: these were minted in large quantities, but have become increasingly rare; damaged coins would fetch nothing more than 20 euro (around 25 USD) but if you came across one without any scratch or damage, you could bring home up to 2000 euro (2230 USD). Getting interested? Well there are more rare lire to look for: the 5 lire from 1956, which can be worth up to 1500 euro (around 1700 USD). Numismatics experts Bolaffi has recently made a list of the rarest lira coins out there, in case you are interested. A curiosity: there are also some particular euro’s 1 cent coins with the Mole Antonelliana which have been valued up to 2500 euro (2790 USD).

Liebig has been known by Italian cooks since 1837: we all know their stock cubes and their meat extract. My grandmother always used Liebig extract to make savory jelly for ham rolls and other dishes. Liebig is not only known in the kitchen though, but also for something else: collection cards.

To make the brand better known, a few years after its creation, beautiful prints the size of a playing card were gifted to customers after every purchase. It was 1872, and the first collection of Liebig card entered the market. At the beginning of the 20th century, Liebig introduced a point collection method to get the full series of cards. This way, the people of Italy began collecting Liebig figurines: they would come in sets of 6 (sometimes of 10, 12 and 24) and were printed almost without interruption until 1976, when the 1871st series was printed.

Twenty years later, in 1998, Liebig decided to propose once more its figurines, this time by printing them directly on the back of stock cube boxes. 7 more series were produced in Italy, the last one published in 2001.

Throughout the decades, Liebig card sets touched many topics: from history to geography, from science to famous figures, all the way through humor and current affairs. All collections were created by artists and decorators of great talent and were often enriched even by gold accents, which made them all the more precious. Today, the right “figurina Liebig” can fetch up to 20.000 euro (22.300 USD).

Do not be surprised if your granparents tell you they know about Liebig cards, too: they were so popular they were even issued in the US.

I am old enough to remember when using public phones around the city was totally normal, because no one had mobile phones. Everyone would go around with one or two SIP (later Telecom, after Italy’s national communication company changed name) phone cards in their pocket.

The first phone cards were created in the late 1970s, with the aim of substituting coins to use in public phones. These early phone cards are among the most sought after by collectionists, with some reaching 1.000 euro (1.115 USD) tags.

Phone cards became highly collectible also because of their often quirky look and limited editions created in occasion of special events and anniversaries; they are quite easy to find at flea markets a bit everywhere around the country.

Kinder Eggs are still today a staple treat for Italian kids, but they have been around for more than 40 years: it was 1974 when Ferrero launched them on the Italian market. It was made of Ferrero’s own Kinder chocolate and came with a little surprise toy inside. The “sorprese Kinder” soon became almost more important than the chocolate. Especially sought after, of course, were immediately the character’s collections: each season, or in occasion of special events such as the Olympics. Every season, a new set of characters was created, and the previous season’s ones were taken off the market: this meant each collection was available only for a limited amount of time. Each set was usually composed by 8/10 figurines; the odds to get one of them in a Kinder egg, instead of your usual surprise toy, was of one every five. “Una sorpresa su cinque sara’ uno di noi” (one over five surprise will be one of us) became a tv and radio litemotif.

Beside Kinder’s own characters, series dedicated to well-known characters were created, too: from the Smurfs to Hello Kitty, all the way through My Little Pony, every popular fantasy character of the past decades had a dedicated Kinder collection.

Next time you end up  walking around an Italian flea market, keep your eyes open and you may come across some amazing little treasure to start your new collection with. In case you have not planned any trip to Italy, yet, check out ebay, the usual place to find collectibles of all kinds…