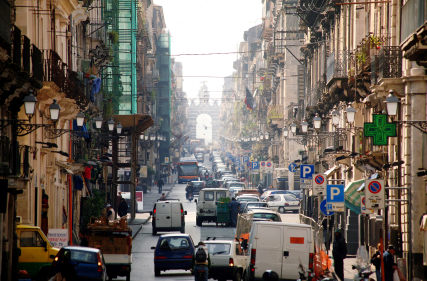 All Too Common Noises

Noises belt out, bedeviling Italians, what rest is to be found in an Italian city? Old ladies shout to the neighbors, and the worse part is they shout back! Each and every one adds to Italy’s noise pollution. When motor scooters approach, the vibrations are nerve-racking and roads and houses vibrate. Where is the silence?

The streets can turn into chaos within a wink. Everyone seems to know everyone, expressions include; the honk of a horn, a yell out the window, or chatting in the middle of the street; blocking traffic. There is a law for mufflers to be kept down to a light buzz, but in the summer, the young guys replace the low buzzing mufflers with loud obnoxious attention seekers-and you forever remain in a mental frenzy! Nevertheless, the laws are never adhered to.

Would you like to know what happens when double parking occurs? A lot of words are exchanged, loudly-horns never cease. Clunking contraptions jet up the streets, some resembling moving tents, but have a motor-scooter motor. These trucks provide the town with advertisement (as if they don’t get enough on television). Attached to it is an intercom that is set up to be heard from all over the country; and the voices you hear coming out of them are usually beyond comprehension. “We’re liquidating everything, emptying our warehouses (great what do they have?) come get your pieces of iron now!” Iron? I’m sitting down to breakfast, and now thinking about pieces of iron? What kind of liquidation is that? Wrought iron at breakfast, how disappointing. Next, marching up the other side of the road is your daily fruit truck, they announce (on the intercom) what a buy it is on their plump Sicilian oranges packed right in Sicily. With their Napoleon accents, most of the residents are knocked off their feet. So they gather around the truck to see what they’ve smuggled in. Sometimes it’s a buy on the intercom and not the same buy at the truck.

And now you are hooked on the noise. Everyone living behind iron walls built upon cement blocks with gates and metal doors are hooked on it. The doors make noise too. Clanging rattles, and it goes on throughout the day. When they are slammed shut, (which is 9 out of the 10 times) you experience the crash that lingers on and on in waves of noise. If the wind blows, the gates that need servicing bang continuously back and forth. 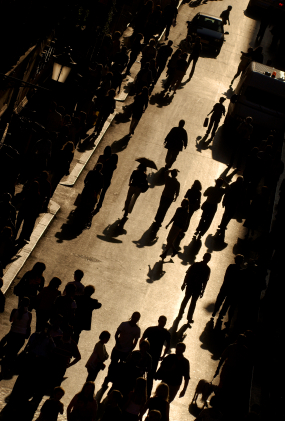 I’ve spent entire afternoons trying to get my consumed earplugs to stay in my ears while blocking out the noise, so I could continue to write.

The problem with Italy is its space is limited; therefore people are stuck in living quarters smudged into each other -and they can almost make out one another’s private conversations. Across from you one may decide it’s time to nail nails in the walls, another to redo his living room, and the couple to your left could be stone deaf, needing to blast the TV to hear the echoes.

The neighbors here made a day school out of the bottom level of their villa. This consists of thirty or forty children coming in and out all day long – in the middle of a residential area. I once stepped out onto my terrace with my lunch and found fifty people staring over at me -it made me drop the plate of food onto my feet.

These are the consequences of living in a country with limited space. Rarely do you breathe the air on your terrace and hear the birds singing at the same time.

The same couple upstairs like to rearrange their furniture daily and vacuum at the same time, so the ceiling ruptures around three.

I have also learned that in Italy when Italians talk to one another on the phone, you must assume that one of them is unable to hear. They yell at each other as if the other person wasn’t listening. You can hear them from outside on the street. This was another habit that I wasn’t used to. We do not scream on the phone – although we have our own vices.

When they get together for family gatherings or the kids hang out on the street, it is easy to mistake their conversations for threats or fights. Many times I’ve assumed that a fight would break out, but in reality you realize it’s not really fighting, but simply their way of expressing themselves. The one thing I miss though is the singing. I used to see the Italians on the islands or around Southern Italy in films, and they’d always be singing out loud, a kind of romance. I never hear anyone sing, no music, almost no singing at all anymore. At least if it must be noisy, let it be in some form of an art.