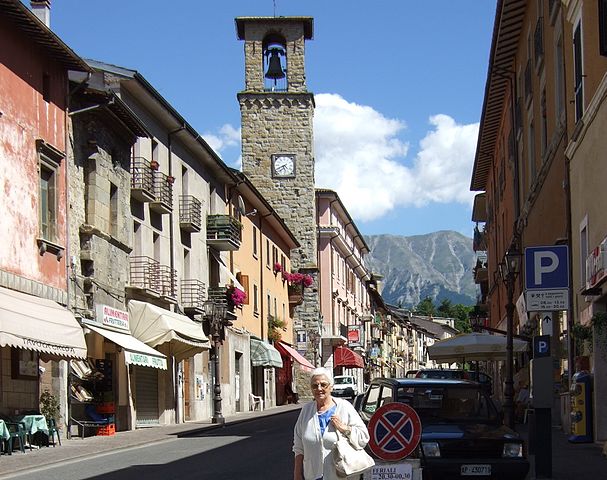 Since the earthquake, Italy has been wondering how many lives could have been saved had only Amatrice been built following proper anti-seismic regulations. If, possibly, many of the town’s older medieval buildings may have not been entirely rescued anyway, it is still true that reinforcing structures could have avoided many deaths: as the examples of highly seismic areas such as California and Japan have shown, even at-risk structures can be adapted to better resist earthquakes and, without a doubt, technological and architectural advances today allow for the relative straight forwards projectation and construction of earthquake-safe homes.

Proof of the life-saving characteristics of properly built edifices in case of strong earthquakes has been found even in Amatrice, in spite of the wide criticism received by local authorities after the majority of public structures failed to stand the quake’s destructive force. Behind the only homes that restited it, is a single man, 88 year old Amatrice builder Saro Rubei, who has recently spoken to Italian daily La Repubblica.

The amazing story of Saro Rubei

Born in Amatrice 88 years ago, Rubei comes from a large local family and worked for half of his life as a butcher. When he hit his forties, he decided to retire and dedicate more time to himself and his family. Tipical for a man of his generation, Saro grew quickly tired of his new workless life and began… building homes. From 1969 to the mid-1980s, Rubei built at least 80 houses from scratch, most of them within the town of Amatrice, with the rest dotting the countryside around. Among the latter, also the agriturismo he runs with his own family which, as a matter of fact, resisted the earthquake with minimal damages, none of them structural.

The secret of Saro Rubei’s work

As a local, Rubei always knew his beloved Amatrice lies in a highly seismic area and worked keeping it in mind. He would sketch the houses himself, then enrol the help of architects and builders to produce what he had imagined. Essential part of his own team were the technicians in charge of making sure every structure was entirely built following anti-seismic regulations and using the right materials to achieve the safest results.

“I have always been afraid of earthquakes, since I was a child” he declared to La Repubbica “so I knew my buildings had to be strong and sturdy.” His own home, the above mentioned agriturismo in the outskirts of Amatrice, came out of the tragic earthquake without even one crack in the walls, “only a couple of broken vases in the garden and a few paintings fallings from our walls” can be counted as damages.

Needless to say, the agriturismo’s guests were immensely thankful for Rubei’s own building skills and ethics.

Rubei’s buildings in the town of Amatrice

Even if Saro and his guests were safe and sound, tragedy hit the Rubei family nevertheless. “I lost a sister in the earthquake. She was 90 and lived in Amatrice’s town centre” he said in the same interview. However, all of the people living in the houses he built were safe and sound, and reported little or no damages to their homes, none of them placing them at risk of collapsing. One of them was only a few yards away from the infamous Hotel Roma, which crumbled to the ground taking the lives of many of its guests.

The tragedy of Amatrice

The importance of Saro Rubei’s dedication to his job is even more adamant when juxtapposed to the tragic number of victims the 24th of August’s earthquake made: 296 deaths, the vast majority (234) from Amatrice. If Rubei’s structures stood, the same cannot be said of many public buildings, which literally crumbled down like a card castle. Amatrice’s primary school became yet another symbol of Italy’s “mal governo:”  officially restructured in 2012 following anti-seismic rules and using proper materials, it quickly turned to dust when the earthquake hit.

According to Amatrice’s mayor, Sergio Pirozzi, all possible ameliorations had been made to the building, which was protected by the Beni Culturali (Italy’s fine arts and architecture’s ministry), and could not, as a consequence, be structurally changed. The school was declared safe by technical staff and an investigation has been undertaken to clarify whether all possible anti-seismic ameliorations were actually made to the structure in 2012.

If you wish to donate and support the people of Amatrice and all those hit by the Central Italy Earthquake, you can do it also through Lifeinitaly. Check out this page for details.