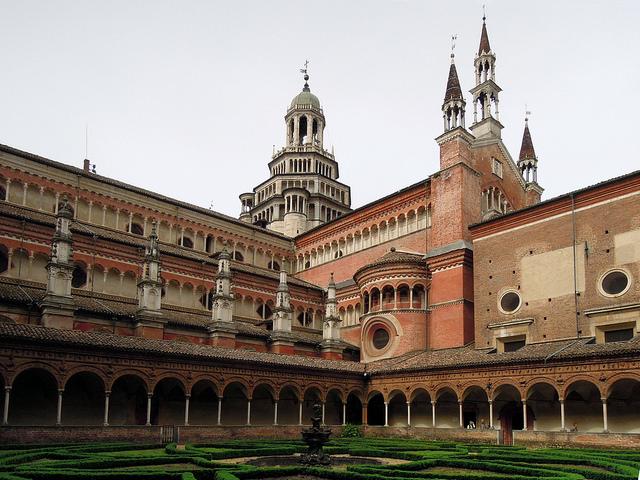 Offbeat Attractions in the Bel Paese

Your trip to Italy will be the vacation of a lifetime. Create some totally unique memories by visiting attractions which many travelers overlook. Some of the places we suggest you in this article are so marvelous you won’t believe your own eyes!

Florence is one of the true gems of Italy. This gorgeous city was the former capital of the country, and the stomping ground of the infamous Medici family. Its glorious art and architecture create an atmosphere that stays with you long after you return home. Many visitors accidentally skip one of the most unusual museums you’ll ever encounter: La Specola. La Specola is a wax museum, but unlike any wax museum you’ve ever seen. There are no models of Cher or Marilyn Monroe here. This museum is devoted to remembering the horrors of the Black Plague. The Black Plague was famously devastating to Europe and to Italy in particular, where it spread the earliest.

This tragedy is remembered at La Specola. Building on a rich tradition of wax sculpting, artisans crafted anatomically correct representations of plague sufferers. Each wax model is accompanied by a tempera drawing and a written description. The figures are intensely realistic. Anatomists created molds for the scuptures from cadavers in the morgue. The molds were then cast with a secret mixture of wax, resin and pigment. There are over fourteen hundred models in total. In addition to plague victims, there are also wax representations of animals, as well as a set of miniatures depicting the deadly course of syphilis, abnormal births, etc. In centuries past, the collection served as a powerful teaching aid for the medical community.

Today, the museum stands as an extraordinary reminder of this dark time in history.

Rome, of course, is the jewel in the crown of Italy. Beyond the gorgeous architecture and glorious art which makes the city legendary, a few unusual sites deserve to be experienced by the savvy traveler. One such museum is the Rome Crime Museum. Housed in a former prison built especially for Pope Leo XII in 1827, the museum has three basic collections. The most unusual of these entitles “Punishment and Crime.” As you can imagine, punishment was significantly more severe than in our modern age.

Wax models and lifelike drawings depict a wide arrange of torture techniques, and some actual torture devices are on display. One of these, the Iron Maiden, was basically a walk in casket filled with spikes. The criminal walked in, and the door was gradually shut until the desired confession was elicited. This is an unusual museum which is not for the faint of heart! Another interesting attraction in Rome is the Museum of the Souls of Purgatory, which is basically a ghost museum! The small museum houses photos and replicas of souls which have not succeeded in passing into the next realm. The Museum is a part of the Church of the Sacred Heart of Sufferance: the gothic church itself is not to be missed.

Milan’s beauty is legendary, but there is a side trip that the adventurous traveler should consider: the Certosa di Pavia.

The Certosa is a Carthusian monastery built in the fourteenth century. The Gothic architecture of the monastery is extraordinary inside and out, but what will really get your attention is a sacristy built in 1409. All cathedrals have a sacristy to house the sacred vessels for Holy Communion and the like. What stands out about this location, known as Sacrestia Vecchia (Old Sacresty) holds a tantalizing triptych realized in 1409 by Baldassarre degl’Embriachi, entirely made of ivory, bone and hyppo’s teeth! The piece, which is breathtaking, was stolen in 1984, but found a year later. After the theft, it underwent a delicate process of restoration, but it is today back to its originary magnificence.

The monks themselves have taken vows of silence, so don’t expect a lot of small talk! A few chosen monks are allowed to interact with visitors as necessary. In addition to the monastery, the town of Pavia itself is a worthwhile destination. Known as the City of 100 Towers, the beauty and charm of this small city will show you a glimpse of life to treasure, particularly in the evening when the residents buoyantly stroll the streets.

Southern Italy: The Caves of Matera

Stopping in Matera near the “heel” of Italy’s boot, you will stumble upon a warren of houses that looks like a cubist fantasy! These mysterious dwellings are actually a maze of edifices covering a complicated natural system of small caves. Each house blends into the next, and it is very common for the floor of someone’s garden to be the roof of his neighbor’s home! There are also some lovely old churches and chapels built into the hills, complete with colorful frescoes. The dwellings were first inhabited in the Neolithic Age. Habitation continued throughout the ages until the center of the town completely ran out of water about twenty years ago. Visitors can still tour many of the homes and churches, which are furnished to illustrate what life was like. The cave district is surrounded by a thriving community, so after touring the caves a friendly café is just a short stroll away. Matera is growing in popularity with filmmakers. Most recently, Mel Gibson chose the picturesque town as a backdrop in the Passion of the Christ. As more attention is drawn to the site, crowds will grow, so do not put off a side trip to a really special slice of the past.

Matera will be Europe’s Capital of Culture for 2019.

Anytime you visit a new city, or revisit a treasured land, you leave with memories beyond what you expect. Consider building in some side trips to offbeat sights when planning your itinerary. Your photographs, and most importantly, your memories will stand out on what might become the trip of a lifetime.