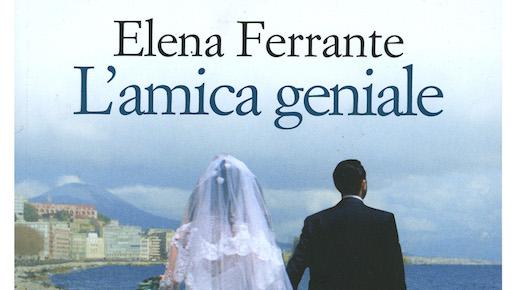 My Brilliant Friend (L’Amica Geniale) is the show based on the homonymous Elena Ferrante‘s first Neapolitan Novel. A success of public and critics.

In the United States, the show aired in 2018. Later, the second season aired on HBO and it was just as successful. In fact, My Brilliant Friend became the most popular Italian TV show in the US. According to Parrot Analytics, the show is 6.2 times more popular than average.

Saverio Costanzo, a director of Italian cinema, created the show. While the series was co-produced by HBO, Rai and TIMvision, an Italian pay-per-view streaming service similar to Netflix.

My Brilliant Friend‘s success comes as no surprise to the fans of Elena Ferrante. The Italian novelist found national and international fame thanks to the Neapolitan Novels series. But her literary carnet includes many more titles. She wrote her first book in 1992, titling it L’Amore Molesto (Troubling Love). So, that happened 19 years before her first international best seller, My Brilliant Friend.

However, Ferrante’s appeal doesn’t solely come from her literary skills. The author has been very secretive about her own identity. Many speculate the name is nothing more than a pen identiry.

There is so much curiosity around her that an entire book has been dedicated to the little that is known. The book’s title is La Frantumaglia (published in the US by Europa with the title Frantumaglia: a Writer’s Journey). The volume includes letters to her editors, others to selected fans, and her few interviews. In this long, personal essay, the author tries to explain why she wants to keep her real identity and private life secret.

La Frantumaglia came out in 2016 and an interesting coincidence happened. That same year, an author by the name of Anita Raja published a series of tweets. Many had believed that the name of Anita hid the true identity of Elena Ferrante. So, the tweets sent the literature world mad. But the author was quick in stopping all the rumors. In fact, Anita herself said the Twitter account was a fake.

As intriguing as her identity may be, it’s writing that made Ferrante famous. In the US, she is especially known for the Neapolitan Novels, the base for the HBO series My Brilliant Friend. The novels are a four part coming-of-age story. The story centers around two young girls, Elena Greco (Lenù) and Raffaella Cerullo (Lila). The center stage is a popular neighborhood of 1950s’ Naples.

The novels sold more that 10 million copies around the world. The TV show had just as much success.

Casey Cloys, HBO programming president said “we’re thrilled that Elena Ferrante’s epic story has resonated so powerfully with viewers and critics, and we look forwards to the continuing journey of Elena and Lila.”

Similar the words of Fabrizio Salini, CEO of Rai International, who highlighted his company is “extremely proud of the extraordinary success of My Brilliant Friend.“

The reason behind the tetralogy’s success is the mix of style and narration. And the Italian atmospheres of post-World War II. The themes of friendship, of the way society can shape the lives and behavior of women, along with even more complex topics, such as female ambivalence towards maternity, are all tackled in the novels – and in their first TV adaptation.

My Brilliant Friend on stage

So much was the success of the Neapolitan Novels that they also became a theatre pièce with the same name. The adaptation, divided in two parts and lasting a hefty five and a half hour in total, opened at the Rose Theatre in Kingston, UK, in March 2017.