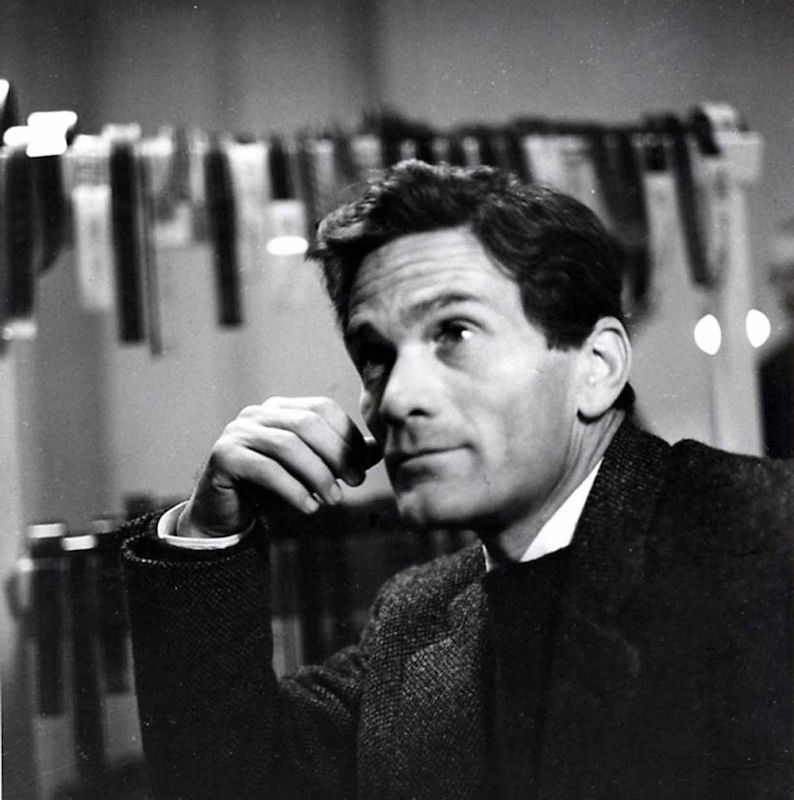 History is often mysterious. At times because of a lack of primary or archaeological sources, especially if we are dealing with ancient facts. In other cases, however, mystery arises by the very circumstances surrounding an event and their lack of clarity. In the cases of Pier Paolo Pasolini, Pope John Paul I and the “Strage di Ustica” little evidence has made it hard to understand what really took place, which only help thicken the mystery. Conspiracy theories, divergent explanations and new, apparently fundamental, evidence have not changed this status quo.

The Homicide of Pier Paolo Pasolini

This unsolved homicide is one of the biggest cases in Italian criminal history. It was a well-publicized case, and remains a haunting one, for two reasons: the dynamics of the situation and the identity of the victim.

Pier Paolo Pasolini was a very famous filmmaker and an extraordinary intellectual, openly gay and extremely well-spoken. Pasolini was courageously open about his sexuality in a time when being publicly homosexual was not socially accepted. His ideas and visions were leftist and his films always very provocative, not only for their graphic sexual nature, but also  for their political standpoints. Through Pasolini’s work and personal life he made many enemies in the conservative establishment, and his public speeches also embarrassed the Communist Party, of which Pasolini was a member. Eventually he would be expelled from the party by its leaders.

In 1975, Pasolini was found dead on the beach in Ostia, outside Rome. According to reports, Pasolini was enjoying a night of passion with a young lover at the time of his murder. The homicide was brutal and in the end Pasolini was even run over by his own car. The details were shocking but the only person who was ever charged in the killing was Pasolini’s young sex partner, a minor at the time. In 2008, however, the man revealed that he was not the only one involved in beating Pasolini to death (he claims three others participated as well). This is not surprising as there have always been doubts as to the identity and motivations of the killer. Now that 40 years have passed it will be difficult to uncover the truth regarding who was really involved, this is especially true if the murder was politically motivated and possibly involved powerful figures who will likely remain unknown forever.

The Pope of the 33 Days, John Paul I died just over a month after his election in 1978. The death of the man who was supposed to change the course of the Vatican was ruled as natural. The Pope’s family name was Luciani and he was widely considered to be a good, honest and righteous man. Perhaps too much so for some, especially as the political and financial situation at the Vatican in those days was quite shady. The Vatican Bank was allegedly involved in some dubious real estate dealings and transaction of international money of unclear origins. Many of the people related to these deals, or that had business with the Vatican Bank, were killed in different places and a conspiracy theory about the Pope being murdered soon began to circulate. While these ideas are speculative they are, of course, not impossible.

John Paul I was a good priest, but certainly not a skilled politician and he didn’t have enough time to fully understand and master a position of power in the Church. Not a political animal, John Paul I was instead a man of spirit and faith, and many speculate that it was his undoing. Many have woven versions of this tale in fiction and perhaps the most famous is found in The Godfather Part III. The last part of the Godfather trilogy not only deals with the Corleone family saga, but also with shady Vatican dealings. Of course, the official story is that the Pope died of natural causes. Whether there is any more to the story remains unknown and if there are secrets behind his death, they are hidden in the depths of the Vatican, like so many other hidden truths about the history of the world.

The Massacre of Ustica took place on the 27th of June 1980, when a commercial flight DC-9 carrying 77 passengers and 4 crew members exploded in flight above the Tyrrhenian Sea, between the islands of Ponza and Ustica. It had left Bologna and was directed to Palermo.

After a brief investigation and vague explanation the airline was found to be at fault. At that time Itavia was the only private airline in Italy, but after the explosion their planes were grounded and eventually, after years of litigation, the company closed forever.

Eventually public outrage (both from the families of the dead and those who lost their jobs when the airline folded) made people take a second look at the crash. Another, more thorough, investigation was launched and a new truth began to emerge, one that was very different from the original story.

Once the remains of the plane were found, it became apparent the explosion took very likely place because of external causes and not for a mechanical default. Immediately, the idea of a terrorist action was advanced: the 1970s and early 80s were known, in Italy, as the Anni di Piombo and were characterized by extreme left and extreme right heavy terrorist activity. For this reason, many initially believed the accident was caused by terrorist hands. Certain evidence to support this theory was not found, and soon the media began addressing their attention somewhere else, namely, illicit military actions above the skies of Italy, very likely involving the Italian, French, American and Lybian armies.

What seems to have occurred is that the DC-9 ended up in the middle of a NATO operation during which either a French or American fighter jet was chasing two Libyan military planes, one of which was reportedly carrying Gaddafi himself. It was the Cold War era and Gaddafi was on the list of the most wanted international terrorists. The NATO plane shot down one of the Libyan planes, but missed the second, hitting the civilian jet instead. Of course, this version of events is still unofficial, however, some judges have already ruled in favor of the new evidence and court cases are ongoing.

An alternate theory is that a missile strike ordered by the Italian government felled the plane. Those that support this theory believe the reason is the competition the private airline was giving to the state-run airline, Alitalia. It seems that we are inching towards more of the truth, but an official answer is still owed to the poor souls that lost their lives on that tragic evening and their families.

Conspiracy theories arose almost immediately after the accident, especially when the search for debris and their analysis was conducted in a less than transparent manner.

As of today, no official cause for the accident has been found.