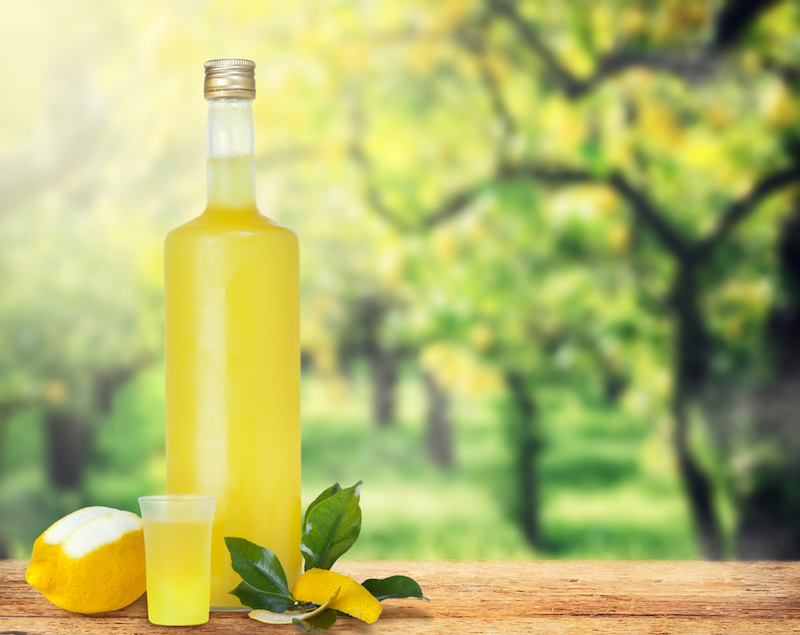 Sweet and soothing, potent and relaxing, limoncello is a strong, bright yellow after-dinner liqueur that hails from Southern Italy, along the Amalfi Coast and the islands of Capri and Ischia, but is home-produced a bit everywhere on the Italian coast.

The ripe full-flavored lemons found all along the Mediterranean are ideal for crafting this potent nectar. The resulting liqueur is very strong, very sweet, and very satisfying.

Limoncello is a fairly recent invention. It originated from the isle of Capri, where it was first crafted in the late 19th century. An innkeeper there, Vincenza Canale, treated her patrons to her homemade liqueur as a complimentary, after-dinner “digestivo.” Word traveled among travelers about her delightful lemon liqueur and eventually the family began bottling it commercially. Today, the family’s company, Limoncello di Capri, is one of the leading limoncello manufacturers and is still run by the grandchildren of Signora Canale.

How Limoncello is Made

Limoncello is made using a combination of ground lemon rinds washed in water, grain alcohol, water, and sugar. The best limoncello comes from the big, ripe lemons of the Mediterranean, but any variety of lemons may be used. The mixture is made using approximately 15 lemons to two bottles of grain alcohol. Vodka may be substituted for the grain alcohol, if desired. Added to this combination are roughly four cups of sugar and five cups of water. After creating a syrup with the sugar and water, you combine the lemons and the syrup in a large glass jar and pour the alcohol over the top. Limoncello then steeps, or distills, for at least 80 days. Variations of this recipe include adding vanilla bean and substituting oranges for lemons.

Limoncello is traditionally served after dinner or with the dessert course. This potent liqueur is most appropriately served chilled in slender cordial glasses. One sips limoncello slowly, not all at one time as a shot. This liqueur is delicious when paired with Italian desserts, such as tiramisù, a pear tarte, fresh fruit or almost any chocolate concoction. Limoncello may also be served drizzled over ice cream. In the United States, limoncello is also increasingly used in cocktails, usually paired with vodka or champagne. Store your bottle of limoncello in the freezer when not in use.

Limoncello is becoming a bar standard in major New York, Toronto, and west coast Italian restaurants. In other areas, you can usually find at least one brand of limoncello in liquor stores and occasionally at restaurants. Many Americans, particularly Italian-Americans, distill their own batches of limoncello, usually from an old family recipe.