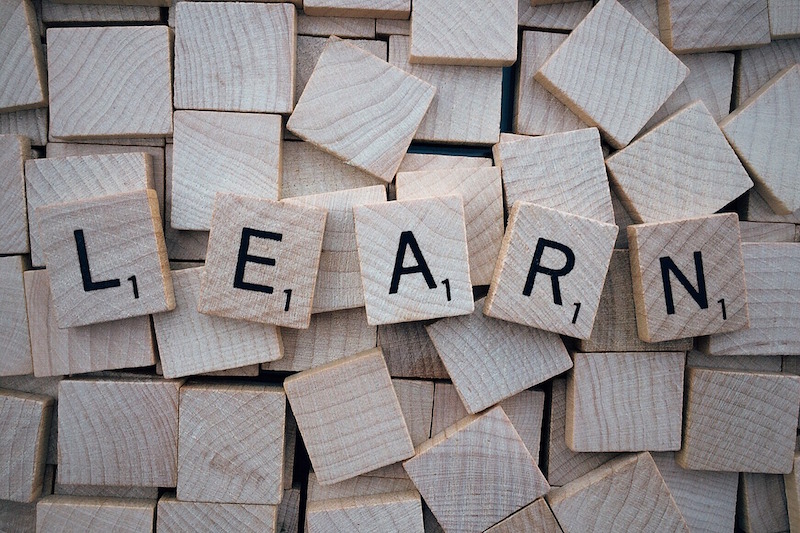 The silence was killing me. I was mute, and it wasn’t for lack of want. I found myself walking the streets of Milan not being able to greet anybody, or make sense of even a signpost, and it was beyond entertainingly humorous. My previous experience with the Italian language was non-existent. I had heard ‘ciao’ but didn’t know if it was ‘hello’ or ‘goodbye’, and I had some inclination that ‘grazie’ could be a useful word. But beyond that, my ignorance was obvious.

After the first month of living an isolated, solitary existence, my desire to communicate far outweighed even the desire to shop – an extraordinary situation to understand when I’m living in the centre of Milan. What was niggling me was the problematic, exhausting process of everyday activities. Even ‘popping-in’ to the post office was not an errand to be taken lightly. It always turned into a half-hour marathon of ridiculously overemphasised gesticulation, and increasing annoyance. There are only so many ways of describing a stamp with your fingers. But while my frustration was increasing, my craving to be understood was also increasing.

As I have never attempted to learn a second language before, I was completely in foreign territory. The Italians that had taken me under their wing, explained ever-so-kindly that ‘we’ Anglo-Saxon countries invest very little time in languages during the young years at school, and consequently, have embarrassingly little knowledge of what is involved. So very true. In fact, it is said that there is a portion of your brain, dedicated specifically to the growth of languages. Prior to arriving in Italy, I wasn’t aware that portion of my brain even existed, but foreign land calls for foreign measures, and it was time to tap into this hidden potential.

So, as the 13 year-old daughter of my Italian hosts was deciding which language to take up as her fourth (having mastered Italian, English, and French), I was contemplating broadening my horizons past ‘ciao’. And at 23 years of age, it was surely going to be a challenge.

The hard yards to bi-lingualism…

Being a virgin on the language scene, I had no idea where to begin. I enlisted the help of an Italian school for foreigners – there are plenty in Milan, catering to all levels, and all desires. I was also unsure of my level of commitment, (I tend to only be passionate about the things I’m good at), and so I began a class running a mere four hours a week. It was supposed to be an ‘introduction’ – something to wet my appetite for further learning. And it worked. However, not without blood, sweat, and the occasional tear.

In fact, within the first week of lessons, it dawned on me that I should be attending a school for learning English, not Italian. While I was supposed to be learning the present progressive tense of the verb ‘to go’, I didn’t even know it in English. I could remember a brief smattering of English grammar from my school days, but it had to do with the correct use of apostrophes, and when to capitalise proper nouns. Both, extremely interesting facts, but not overly useful at a time like this.

But aside from cursing my parents for not raising me bi-lingual, I had little choice but to forge ahead.

It was obvious there was going to be no easy way. It would take studying, studying, and more studying. And the best method – overly tedious, but incredibly effective – was repetition. I could be heard day after day, pacing the hallways reciting, ‘io sono, tu sei, egli è ….’ Ok, so it wasn’t a sentence, or even a partly completed phrase, but it was a beginning. I had taken my first baby step in the path to speaking Italian. From there, it could only get better.

Understanding the lingo came surprisingly quickly. Speaking it, didn’t. I found myself constantly in situations where I could gather the gist of a conversation wonderfully, but if I was pounced on to respond, I was again completely mute. It was only hours later, back in the privacy of my own bedroom, when I’d realise that I did in fact know exactly what I should have said at that time – but by then the moment had long passed, and I was left cursing the delayed communication between my brain and my mouth.

But as is so often said, all good things take time and one day, the conjugation of verbs seems logical instead of irrational, and the language becomes ‘bello’, where it was once ‘brutto’. To me, there is no greater satisfaction than looking around the room, and smiling at being able to assign two names to one piece of furniture.

Undoubtedly, the frustration breeds contempt. But at the same time, the progress breeds appreciation. It is an appreciation of the culture, and the people that constitute it, and one that can not be obtained by any other means than getting amongst it. And without the ability to converse, getting amongst it, is near impossible.

For me, the journey hasn’t finished, but I’m far enough down the track to be proud when I look back, and excited about continuing forward.

Some basic tips to learn Italian …

Italian verbs are divided into three primary groups, depending on their endings. There are ‘are’ verbs, ‘ere’ and ‘ire’. The rules for conjugating each verb are determined by the schema associated with that specific collection of verbs. Simply speaking, a letter or collection of letters, must be added to the ‘root’ of the verb to establish if it is referring to the first person, second person..etc. And then, there are the irregular verbs that follow no clear pattern, and can’t be learnt by any method other than memory.

And with nouns, it isn’t any easier. Italian nouns, as with French and Spanish, are divided into masculine and feminine. Someone, once upon a time, back in the era of languages deriving from latin, decided to create this extra challenge of categorising nouns. As a general rule, it can be said that nouns ending in an ‘a’ are feminine, and those ending in an ‘o’ are masculine. However, as with the verbs, there are also those exceptions that have escaped the confines of rules. For the rebellious nouns, there is no rhyme nor reason, and it simply comes down to memory.

Even now, I’m unsure what’s worse – to know a lot of segregated words that can’t form a sentence, or to know a perfectly conjugated verb combination, but not the nouns required for the sentence to seem sensible. And that, no one can teach you.

About me: I am a New Zealander but have been living in Milan, Italy for a few years, working as a freelance journalist. I have a Bachelor of Communication Studies majoring in Journalism from the Auckland University of Technology, in New Zealand.