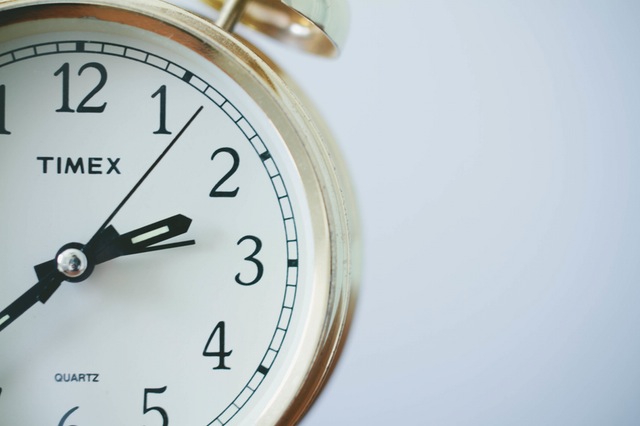 In Italy and forgot your watch back at the hotel? Need to know if you’re on track to make it to the store or gallery before it closes? Here are some easy tips and phrases to make asking about the time easy during your stay in Italy.

“Che ora è“ is one of the most common phrases in Italian used to find out “What time is it?”  If you need to keep track of time in Italy you can also ask, “Ha l’ora,” which means “Have you got the time?” or “Che ora fai?” which loosely translates as “What time do you have?” In these cases “ora” (hour) substitutes for “time” in the English examples.

Of course, once you ask after the time you must be able to anticipate and decipher the answer. If someone says, “Faccio le tre” this means “It’s three o’clock” (literally translated the phrase means, “I make three o’clock.”) An even more common answer to expect is “E’ l’una” (“It’s one [or whatever number of the hour]”) or “Sono le sei,” which is another way to say the same thing, ie: “It’s six o’clock.”

To name the time in Italian you need to use a definitive article like l’una, le due, le sei (one, two, six). The article is usually plural, only one o’clock, midday and midnight (“sono le sei”, “è mezzogiorno”) are singular. All forms are feminine because “ora” or “hour” is feminine.

In Italy you will usually find that there is an absence of the use of AM or PM. Instead Italians generally use 24 numbers, not 12, to tell the time. For example, three in the afternoon will often be described as 15:00; you can also say “Sono le tre di pomeriggio” or “It is three in the afternoon.” Similarly words like “mattina,” “sera” and “notte” (morning, evening, night) are used to indicate the time of day. So, for example, one could say “Ci vediamo alle sette di sera,” which means, “See you at seven tonight.”

To get a better understanding of when to use morning, afternoon, evening or night, we have broken down day for you:

E’ l’una del pomeriggio = It’s one o’clock in the afternoon.

Sono le nove di mattina o del mattino = It is nine in the morning. Note: Italians use both mattino (masculine) or mattina (feminine) to express morning. Either is correct.

To express fractions like half past or quarter to the formula is as follows:

“Mancano dieci minuti alle otto” = “It is ten to eight.”

“Manca un quarto alle cinque” = “It is a quarter to five.”

When using midday/noon or midnight you don’t need an article. For example, you can just say “è mezzogiorno” or “it’s noon.” ie: “Franco è tornato a casa a mezzanotte e dieci” = “Franco came home at ten past midnight.”

Alle tre e mezzo = At half past three.

Due ore fa = Two hours ago.

Mettere a posto l’orologio = To put the clock right.

Caricare l’orologio = To wind (up) the clock.

Check the answers at the bottom of this article: http://www.lifeinitaly.com/italian/adverbs-of-time

Subjects very well explained, examples are very clear… loving this page. I will be using it a lot! I am learning Italian from home. Not easy to find a course here in my town in Florida. So i decided to do it on my own. Got a book at the local library and with the help of site like this, I am improving really fast on my studies. Thank you for your work!