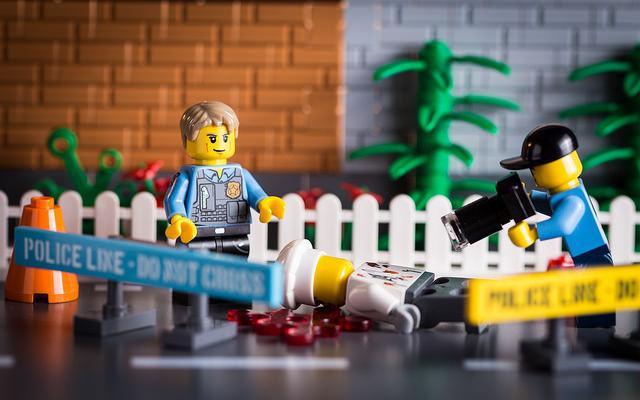 Italians like keeping informed and follow the news religiously. Even if the ways of accessing information have changed, with the average Italian relying more and more on the internet rather than newspapers, something has kept the same: a morbid interest towards crime.

Whether it is the media dictating the trend by focusing, sometimes almost sickeningly, on murder investigations, or it is the public deciding what media must broadcast by making their preferences known, macabre killings have been transformed into full blown mediatic events.

Some became on-going narratives, built on speculating about the usual question – who actually did it and why – and sometimes forgetting that, at the centre of the events, there are victims and survivors to respect.

According to internet statistics, when it comes to the news,  the highest number of  search entries in Italy are keywords concerning recent murders or others, still unresolved events.

The most searched terms by Italians in recent years have been connected to famous murders such as that of Elena Ceste, a mother of four found dead 10 months after her disappearance, possibly killed by her husband, and 13 years old Yara Gambirasio, whose suspected killer, Massimo Bossetti is under trial now. This trend may have been caused by the high tv exposure these particular cases have received since they happened.

This situation has often led to debates on how to deal with such delicate information. Whether one agrees or disapproves of the at times tactless reporting methods favored by tv and internet, whether one wants to truly start a debate about freedom of speech or not, it is undeniable that such a taste for the macabre is a true mirror of modern times.

Italians love gossiping, being opinionated, protecting or blaming people; this attitude has often reached points of extremism that culminated into a strange and dreadful curiosity also condemned by medias. Sometimes justice, too, blamed this petty habit of actively judge people and flag them as innocent or guilty even before a trial starts. Passion for crime has become like a river about to flood, especially since the beginning of the years 2000’s. This has led to two main sociological trends: the so-called turismo dell’orrore, horror tourism, and the assumption of being all police detectives.

The turismo dell’orrore is an expression coined because of the interest towards murders, and it is characterized by trips organized  to visit a crime scene or an area related to a famous murder. A lot of Italians have been defined little detectives because they feel so involved in certain cases they believe to be of possible aid for its solution. All these risks of creating a real social and media pillory and media have been now adopting an entirely cinematic approach to this type of news, which are delivered as serialized items: information, developments and stories about these cases are served in small doses in order to interest the audience.

The role of the news in this scenario has, therefore, been often questioned and discussed, but it is true Italians want to follow these cases and get involved, otherwise there wouldn’t be such a positive feedback. Moreover, some TV broadcasts that heavily relied on reports about murder investigations, played an important role in helping police investigation and gave a support to the families of the victims. This is, unfortunately, a small consolation when compared to the huge amount of people in the country who seem to forget how murder victims are, firstly and always, just that, victims and as such should be respected through silence.